No Prescription Needed. Guaranteed Quality Without Prescription. Discounts And FREE SHIPPING. Canada Pharmacy Store. Any Visitor Want To Find Trustworthy In The Drugstore In That Pharmacy how to get antabuse online Easily. Yes You Have Right To Remain Benefit From The Purchase. Wide Choice Of Generic Medications.
Zeolites for Animal Feed

Natural zeolites have been widely used as feed supplements for commercial livestock production since at least the mid 1960s. Numerous scientific studies have shown that adding from 1-10% clinoptilolite by weight to livestock diets (for example, for dairy cows, beef cattle, swine and poultry) increased the animals’ growth rates, increased feed conversion efficiency, decreased the incidence of intestinal diseases, reduced the toxic effects of ammonia on ruminants, and produced less odiferous and noticeably drier manure when compared to controls. 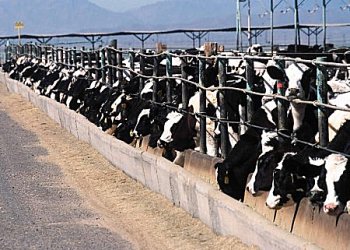 Other studies have shown that swine, ruminants, and poultry fed zeolite-supplemented feeds can improve the animals’ health and production by reducing ammonia concentrations in the blood circulating from their gastrointestinal tracts, as well as by absorbing heavy metals (e.g., arsenic, lead, zinc, cadmium, mercury, chromium, and other potentially toxic metals through cation exchange) and organics produced in the stomach. Swine fed zeolites have consistently shown significantly reduced scours and diarrhetic ailments while regaining appetites and vigor.

Reduced needs for antibiotics and veterinarian services are additional benefits resulting from improved animal health when natural zeolites are included in their diets. Excessive use of antibiotics is unhealthy for the animals, and the human population that consume them (e.g., beef ) and their products (e.g., milk). Over the past decades more drug-resistant pathogenic microbes have emerged as antibiotic use dramatically increased. Adding natural zeolites to animals within CAFOs would be a meaningful step towards reducing excessive antibiotic use industry wide.

Another major goal of utilizing natural zeolites in CAFOs is to capture ammonia nitrogen for recycling/reuse on farms. Most of the nitrogen comes into the CAFO as high-priced feed, and over half is rapidly lost to the environment when it is excreted from the animal. Providing zeolite in feed increases nitrogen retention in the livestock, and represents a significant first step towards reducing ammonia losses from the farming system while better protecting the surrounding environment from airborne and waterborne nitrogen contamination.