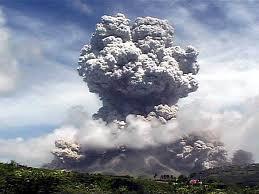 worldwide. Formed by the gradual modification of volcanic ash deposited in lake and marine waters eons ago, large deposits of natural zeolites were first discovered in the western US, Mexico, Eastern Europe and Asia beginning in the 1950s. This was also about the time synthetic zeolites were being developed as “molecular sieves” for various industrial uses.

There are over 80 different natural zeolites, but only a few common types represent the bulk of the available natural zeolites worldwide. Clinoptilolite (Na3K3)6(Al12Si30O72).24H2O, together with heulandite, chabazite, modenite, and philipsite, are the most common types of natural zeolites.
Clinoptilolite, like many zeolites, is characterized by a crystalline structure with open three-dimensional channels throughout (illustrated on left). This lattice, “honeycomb” structure makes zeolite relatively lightweight, soft, and porous. This unique physical structure – think of a rigid dried-out sponge – is also critical in zeolite’s important properties, including cation exchange and dehydration-rehydration.